How to tell people your product is really different than the other tools they know that market themselves similarly? 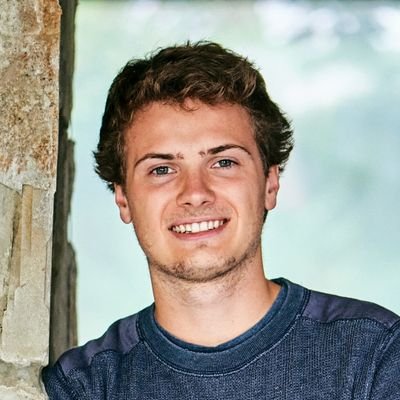 How to tell people your product is *really* different than the other tools they know that market themselves similarly?
2 Likes
Relay (Relay ) May 6, 2021, 11:44am 2

Founder notes on grasping the many underpinnings of differentiation that works:

#1: “To not assume you know why customers buy from you”
#2: “Find a Market Frame of Reference that Puts Your Strengths at the Center”
#3: “Find a way to position your product so it IS a must-have”
#4: “Competition isn’t just about the companies that do exactly what you’re planning on doing”
#5: “By honing in on our vision, we began differentiating our product”

#1: GoSquared’s co-founder and CEO, James Gill (@jamesgill), on the constant, focussed labour of talking to customers and how that can help “differentiate and demonstrate value in a game-changing way.” (Source)

In terms of clarifying how you’re differentiating, I think always the best thing to do is to speak to your customers – to not assume you know why customers buy from you, and to not purely use metrics to understand.

You have to get on a Zoom call, you have to spend a good 30 mins+ and ask them to talk about themselves, listen to them, and understand why they came to you. I think people often want a push button solution to solve this – “Just tell me in 2 words why you chose to use GoSquared!” – but it’s never as simple as that to start with.

Perhaps ultimately you can get to a point where you have a set of 5 “key reasons” why customers choose you, why you’re differentiated, but that’s not the starting point. The starting point is spending time listening to customers, and hearing thousands of their own words about why they chose your solution.

By doing that hard work, you learn the language your customers speak, you learn about the place you occupy in their busy lives, you build a comprehension of how to speak back to them. And it’s through that listening, acting, and iterating that you build that beautiful “hand in glove” fit to ensure you build something your customers want, and pitch it to future customers in a delightful, enticing way.

This stuff is of course really hard, but I think I’d just underline: there are almost never shortcuts. You don’t AB test your way to success and create a differentiated, category-defining business.

You have to use your gut, you have to be extremely creative, and you have to get on Zoom (and maybe one day again: outside the building!) and talk to prospects and customers specifically to learn from them, not to pitch to them.

Once you build that into your habits and routine, you build a machine that can differentiate and demonstrate value in a game-changing way.

Our answer is clearly the “big fish, small pond” strategy for Userlist, with the general existing market dominated by Intercom. This general market category is “customer messaging tools” — that’s how Intercom calls themselves, and it’s easy for people to understand.

Previously, our market category was “email automation tools” which clearly didn’t work. People started comparing us with Drip, ConvertKit, ActiveCampaign, etc. — and we struggled to explain why we’re better.

Our “small pond” would be a subcategory of SaaS companies who need a focused, less complex messaging tool (see step 7 for their characteristics).

We decided to stay “open” about this sub-category and fine-tune it later, as we grow and learn more from our paying customers. For younger companies, April says, it’s okay “to cast a wider net” and then refine positioning later.

Josh Garofalo pointed us to the work he did for Tom’s Planner:

“They are a Gantt chart/project planning tool. Their audience needed something more sophisticated than spreadsheets but less intimidating than MS Project. These tools were mentioned over and over again. So I didn’t beat around the bush. I called out those products as ok for certain people, but positioned Tom’s Planner in the middle of the two. Signups are way up and they’re converting quickly because they see themselves in this positioning strategy.”

“Have you considered calling out Intercom by name? We all know that’s your biggest competitor, and you’re clearly differentiating from them on their two main drawbacks: complexity and pricing. IMO it’s worth being a bit more brazen in telling why Userlist is the better choice.”

We followed their advice and called out both of our primary competitors (DIY and Intercom/Customer.io) in the following positioning statement: “More efficient than building it yourself; less complex than Intercom or Customer.io.”

#3: Know Your Team’s CEO, Claire Lew (@Claire), highlights what has aided her in flipping what’s typically perceived as a good-to-have into a must-have product. (Source)

#1: Find a way to position your product so it IS a must-have + directly contributing to buyer’s balance sheet. This usually means a few options. You can:

#2: Appeal to the most painful, frustrating moments that your customers are facing – and then alleviate them. A product doesn’t feel like a must-have if the customer isn’t feeling the problem strongly enough. So then you’ll need to ask yourself:

#4: FYI’s co-founder and CEO, Hiten Shah, (@Hiten) lists the often unnoticed alternatives one has to contend with. (Source)

If you don’t pay attention to what’s already out there, you’ll accidentally become a copycat product or start several steps behind everyone else in your space. There’s just too much competition to build blindly.

Researching and analyzing your competitors is all about one thing: understanding your customer and their challenges. And you don’t have to build anything at all in order to learn what problems customers have and how they are solving them today.

#5: Wistia’s co-founder and CEO, Chris Savage, on a years-in-the-making realization: “When we buy software today, we’re not just buying into the current benefits, features, and price. Instead, we’re making a bet on the product’s future.” (Source)

When we were starting, we noticed that people used Wistia for a million different things including internal training, collaboration, sales, marketing, and more. That felt fantastic.

The hard part is that when people use your product for so many different things, it’s tough to focus on any one use case. This is doubly true early on when you’re on-your-knees grateful for every customer that you can get.

Our website during that time revealed to our potential customers that we didn’t know where our product was headed. When you don’t know who you’re building your product for, it’s difficult to imagine the future.

During that time, our business struggled — and that struggle lasted for 4 years.

But then, we made a change, and Wistia took off at an unprecedented rate. This change was both incredibly simple and profoundly transformative.

We decided that we should focus primarily on video marketing. You can use Wistia for collaboration, internal training, and more — but Wistia is built for video marketing.

That resulted in an inside-out change for our company. We focused our external marketing site on the video marketing message and carried that through internally to our product roadmap, customer success, and even the way we talked and thought about our company on an individual level.

Everything we did reinforced the video marketing focus. By honing in on the vision of where we wanted to go, we made it easier to make product and marketing decisions that reinforced our value proposition.

For prospective customers, that clarified the future of Wistia. People told me the day that they saw Turnstile for email capture was the day that Wistia clicked for them. They could finally see where we were headed and why we were so different. That moment fundamentally changed their perception of us.

Our audience could look into the distance and see that features like Super Embed and Turnstile would become more and more powerful. They knew that better analytics were on their way. They could envision being a part of a community built around video marketing that didn’t exist anywhere else on the web. By honing in on our vision, we began differentiating our product.