Growing Sustainably, a Realistic Take on the Current Moment in Tech, and Lessons from Grab with Momos’ Co-Founder, Andrew Liu 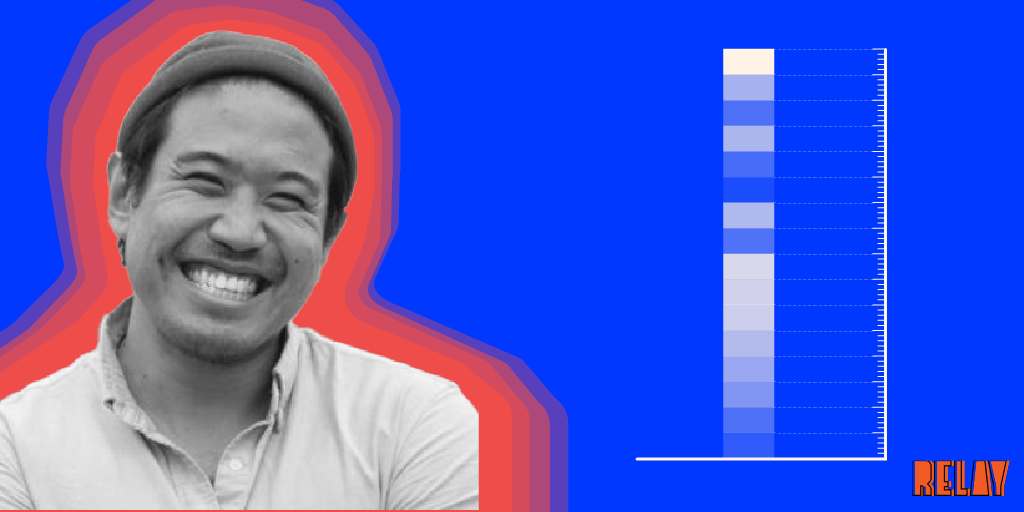 In the following exchange, Momos’ co-founder and CBO, Andrew Liu (@atliu08), brings to bear a sense of measured optimism on the current tech scenario, drawing from his time in investment banking and leading late stage deals at Grab. And also relates a timely, reframed understanding of underserved markets and the idea (then and now) of growth.

How Andrew thinks about capital

I have a fantasy.

One where I’m running a bootstrapped business that doesn’t need outside funding. It’s 60% profitable, comfortably growing 10% year-over-year. Gradually capturing a niche market. Unfortunately that’s not the reality of the software industry today.

I started out as an investment banker focused on software.

Back then (2012 to be precise), my goal was to uncover niche software companies that were bootstrapped, had built extremely defensible businesses with huge barriers to entry, and were founded in strong sectors. And then to work with investors to invest/acquire in order to grow them.

That was a decade ago.

Today, capital is (still) available to good (more on this below) companies. There are a lot of institutional investors who really know software. Fortunately or unfortunately, capital can be used both as a defensive and an offensive weapon.

For Momos to get to where we want it to go, we need outside funding. The joke is, my co-founder, Sai, and I, have never been on anything other than a rocketship.

We want to build an industry-defining platform for restaurants, and having strong backers such as Sequoia, Alpha Wave, and some of our great early angels is the route we’ve taken.

Because even though we don’t, theoretically, control as much of the pie, if we’re equipped to make a big pie bigger, it’ll take us to much greater heights.

“If I could convince someone to write Grab a check…”

I look back at my time at Grab incredibly fondly, though it was quite hectic.

Grab was trying to address such a massive problem and opportunity in a region — with Southeast Asia as its own “Vertical” — that was largely ignored by outside investors.

We were essentially asking: How do we fundamentally change the daily lives of the ~700m citizens of SEA through digitization? First, through ride sharing and delivery, then with payments, and then a ton more.

The opportunity was so big that we were lucky enough to get some of the largest backers in the world. Softbank, Didi, Toyota, and Microsoft, just to name a few.

What I personally learned during my time there, working on late stage fundraising rounds and major acquisitions, was sizing up our true potential and acting with the necessary conviction and belief of an owner while I pitched. Grab was my business, just as much as the rest of the Company’s.

And I thought if I could convince someone to write Grab a check, it must be something that I’d be able to do for my own venture down the road.

With Momos, too, we were after large problems. Definitely on a different scale and scope than Grab, but still aimed at an underserved industry. The restaurant “Vertical” has historically been a difficult one to penetrate.

Grab was figuring how to build services for a largely unbanked customer base where only 10% had credit cards.

For Momos, it was fighting an industry belief of restaurateurs who were more focused on their food than their business, summed up in the following adage: “if I make good food, people will come”. However Covid fundamentally changed how the restaurant industry was run. Restaurants, more than ever before, needed to digitize.

Seeing and believing in that macro driver of change and being able to accurately pitch that as an underserved vertical was really what led us to our angel and seed rounds.

Revisiting what an underserved market can mean

You naturally want to go for the biggest markets available. Because those will have the most customers you can serve. You also want, simultaneously, to aim for a space that is underserved.

Let’s consider Grab’s take here. Southeast Asia hadn’t really been on the world stage until this millennia. Cumulative progress across and advancements resulted in the blossoming of that region over the past 20 years.

It was an economy that was expanding and becoming more and more a part of the digital world every passing year, but had very few region-specific products. Clearly an underserved and soon-to-be big market.

For Momos, that space that we found was in restaurants. There are so many of them everywhere. And they’re all underserved in the sense that there were no tools built specifically for these businesses as they had historically been hard to sell to.

Toast was among the first movers to tackle this problem. They built a POS exclusively for restaurants. But they were far from an overnight success. They did an amazing job of keeping at it for years and really exploded in the last 3 years when restaurants started turning to ecommerce.

Isn’t it crazy that you and I get hungry 3 times a day? That’s 3 times in a day when a restaurant could be catching a customer’s attention through delivery, pick-up, or dine-in.

Our goal was to capture that opportunity.

So, yes. Large markets still matter. If you can identify broad axes that have made it difficult to crack these markets, whether they’re technological reasons, things to do with timing and geography, or the workforce, there are major wins to be had.

I would rather do that than moving into a small market that’s easy to serve that one hopes will grow over time.

“…it’s their job to invest”

I always tell other companies at our stage that we’re all on a ten-year time horizon. What happens in the next 9-18 months over the course of this weird market movement, should not necessarily affect our long term outlook of the companies we’re building.

This correction was going to happen today or 4 years from now.

We’d much rather deal with it now than later.

Plus, it’s also worth remembering that institutional investors have raised record funds and it’s their job to invest. Funding might have slowed right now, but the fund sizes have not decreased. The numerator has decreased, not the denominator.

Eventually we’re going to arrive at a place where investors will start deploying capital in earnest, again. And without a doubt, the best companies will be able to figure out how to attract it.

To raise our seed, we had to pitch ourselves and the first pieces of a good idea. For us to raise a Series A, we’ll need to have the potential of becoming a sustainable business.

That’s the new bar. Something we’ve been building towards from the beginning.

Before it was okay to just grow. Now, you have to prove (through a lot of efficiency metrics) that you can build a sustainable operation with amazing retention and still grow at a good clip.

Growth is still exceptionally important. That’s not changing anywhere. But the notion of growing at all costs is certainly departing; I don’t think that ever worked. Startups need to demonstrate that growth, no matter how impressive it might be, doesn’t come at the expense of the business in the long run.

Companies have been afforded a great opportunity where we can look internally and shore up any weaknesses that we’ve had.

For better or for worse, I loved fantasy football when I was growing up. So one of the things I’m most excited about is building teams.

I really believe in the adage (Moneyball, anyone?), “we like to keep our money on the field.” As an early stage firm we invest the majority of all our funds into our employees.

We have a very efficient capital cost everywhere else. We do not overinvest in things like office space. We refused to buy craft beer and things of that sort. We do things that make people happy and avoid spending beyond that.

Secondly, we like to keep our teams very, very focussed. We aim to always prove our effectiveness at things before we invest in growth/retention. That way, we’re able to scale as we grow and not grow to scale.

For instance, we’ve deliberately avoided over-hiring for new business teams. We’re still doing founder-led sales in addition to our field sales and inside sales. As we think that working on creating an efficient sales playbook that a lean team can execute is way more impactful than just adding more people.

It’s true that past a certain point, there can be a direct correlation between increasing the size of a sales team and revenue growth.

We’ve also focussed more on account management and customer success efforts. Driving retention and customer usage and continuing to shape them as the foundation for a sustainable recurring revenue business.

Thanks to these practices, we’ve been lucky enough in keeping the team intact. And the current regimen of doing more with less has really highlighted our team’s ability to stay focused and execute.

— Crossbeam’s co-founder, Bob Moore, on what deems bootstrapping impractical in some cases
— Pulley’s co-founder, Yin Wu, on why one shouldn’t build for an obviously-large market

Thanks for taking the time to share these learnings, @atliu08!

Much to learn from Grab for all of us. And completely agree with you. A necessary resetting of the idea of growth is well underway but growth still matters. And retention matters more than ever. As Momos likely focusses primarily on SMBs, what have been some of the at-scale efforts focussed on churn and retention, that have moved the needle the most?