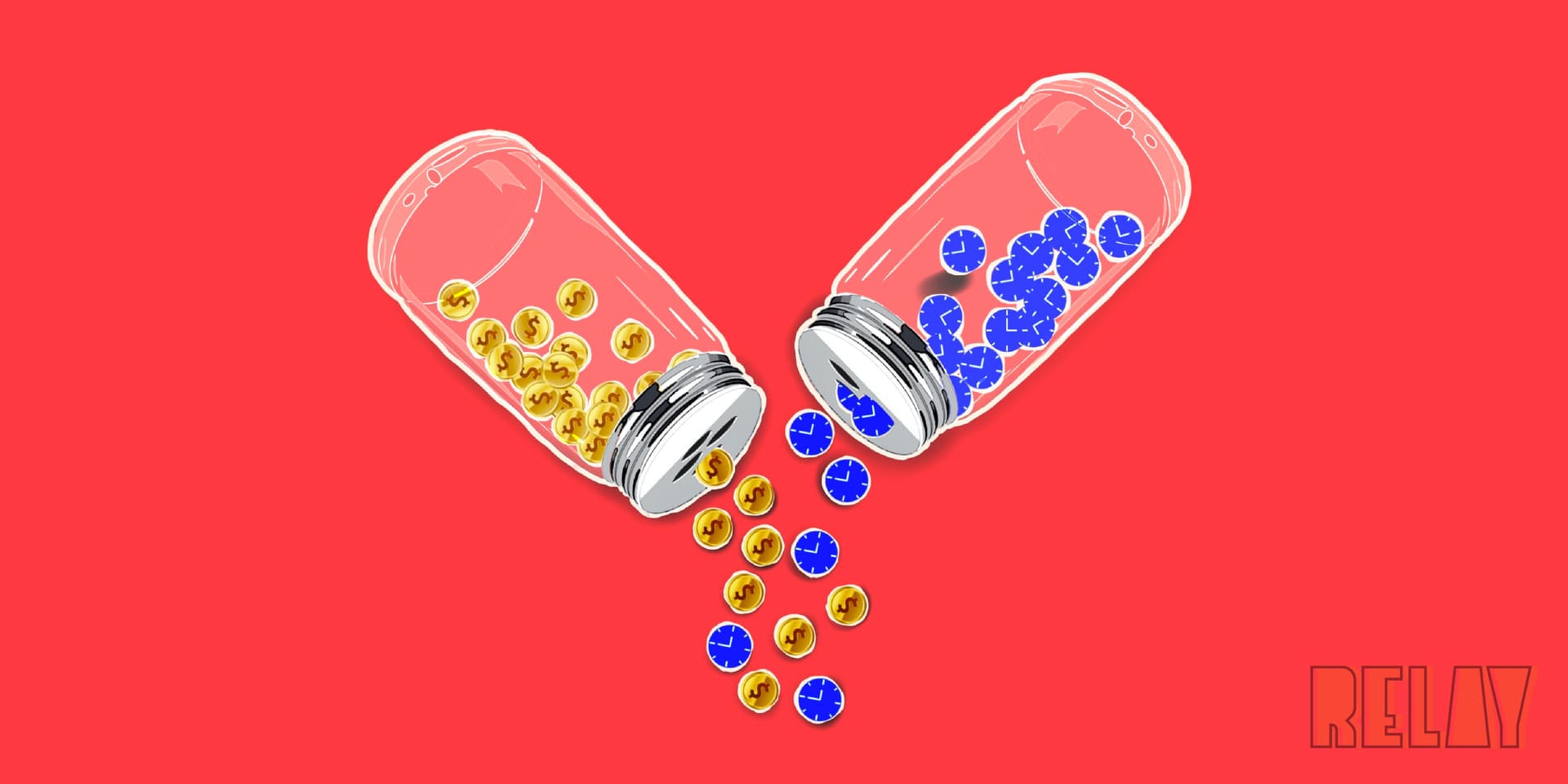 From the outset, some models/frameworks inform (or get embedded) in a founder’s way of seeing and approaching challenges. Some invented. Some borrowed from the industry and deftly recalibrated to fit a startup’s unique contexts. All hired for particularly perplexing situations and jobs to be done.

This Relay interview series is a vehicle to document some of those very perplexing moments, the promising models that followed and the change they brought about. A documentation that, we hope, would help fellow founders probe some of their own early-stage obstacles more methodically.

In this exchange, Klaus’s co-founder and CRO, Kair Käsper (@kair), having crafted Pipedrive’s growth from the early days and now having led his own startup a decade later, convincingly argues for a simpler approach to customer acquisition.

Having now consulted tens of early-stage startups and working on Klaus’ growth, I’ve come to use a high-level model for growth that helps steer the ship and minimizes the risk of wasting resources.

Also typically, a startup will generate most of their revenue from only one of these channels at any given time.

Now, this might seem very basic, but understanding which channel you should focus on helps put 80% of the shiny ideas sitting in a spreadsheet somewhere into the drawer and leaves only the ones that drive the biggest overall impact in the long run. It acts as your growth north star, making decisions around hiring and budget allocation 10x easier.

*With the rise of Web 3.0, community marketing is turning into a channel on its own. Left it out for now as it has not gone mainstream yet.

I was lucky enough to land at Pipedrive, a future unicorn, early on as one of the two guys responsible for growth. Like you would expect, it wasn’t all smooth sailing and over the course of 5 years we went through countless failed experiments, disproved hypotheses and thousands of hours spent on stuff that ultimately didn’t work.

We used the RICE model extensively, carefully assessing the reach, impact, confidence and effort, but still didn’t achieve our set targets with many initiatives. Some say “this is the way” and it’s unavoidable in an environment riddled with unknowns.

It became painfully clear to me that working hard doesn’t matter if you’re working on the wrong thing. I also learned that sometimes what seems like a success in the moment can turn out to be a distraction in hindsight (mainly investments into activities where the output can’t be directly invested back as input, like PR, one-time events, co-marketing campaigns etc).

Looking back I believe the hit rate of marketing initiatives could have been greatly improved by understanding the broader growth areas driving signups, and a conscious decision to focus on the most promising one or two.

The 0-1 of adopting the framework:

Kickstarting growth activities at Klaus was very different from my previous experience at Pipedrive where there was clear product-market fit, there was a clear buyer persona, and the channels were more or less established.

Referrals and word-of-mouth generated the majority of growth, followed by content, directories and paid. Klaus had zero WOM potential when we launched as there were no customers to spread the word.

We also knew content would take a while to start showing results and that our non-existing budget at the time didn’t allow us to focus on paid. To top it off, we had only a vague understanding of who would be actually buying the product and what the decision process would look like.

So, like any startup fresh out of the oven, we tried a lot of different things that didn’t require handing over coffers packed with money. Our efforts were chaotic and spread across all four channels. We went to conferences, listed Klaus on help desks’ marketplaces, started writing a blog, reached out to contacts we knew in our target companies, put up some retargeting ads etc.

Deciding what to do next was tough because untried “low hanging fruit” seemed juicier than developing previous initiatives further. But they also had a much higher fail rate. As a result our growth was unstable and unpredictable.

After about six months we started seeing signs that content was working and driving most of the revenue. So we decided to double down and built out a channel that is still bringing home the bacon.

We prioritized hiring a stellar content writer, put a lot of effort into illustrations, built a blog that was optimized for readability, and started dabbling with video production. All of those decisions would have been tough to justify on their own against let’s say a Google Ads campaign that might have brought in more revenue in the next 3 months.

What made it easy was that we had made a commitment to go all in with content. We didn’t need to see immediate results to know that we’re heading in the right direction.

As we grew and built out features to make Klaus fit enterprises like a glove, we also realized that content isn’t the best way to reach buyers in large companies.

Looking at the 4-channel model it was clear that sales and partnerships is something we need to shift our main focus to. This decision immediately had an impact on our hiring plan, budget allocation and marketing initiatives (moving more towards sales enablement).

While more detailed models require you to have weekly metrics sessions to understand how the numbers have changed and if the specific initiatives are working, the 4-channel model will keep you on the right track at any moment in time.

All you have to do is ask “are most of our growth resources (time, budget) going into building out sales and partnerships?” If the answer is yes, then

If the answer is no, there needs to be a course correction. Surprisingly many startups have no idea how much resources they are spending on each of these channels.

Concluding notes for a fellow founder:

What brings results is simplicity and clarity.

While I’m a big fan of Brian Balfour’s four fits model, Reforge’s system for compounding growth loops, and the RICE method of prioritization, the simple overarching always-top-of-mind 4-channels model is useful in guiding daily decisions across the company without the need to run complicated analysis.

I’d recommend starting with an exercise of putting percentages behind these four channels and seeing where most of your resources (time, money) go.

3 Likes
Why You Shouldn’t Build for an Obviously Large Market, and Other Notes on Creating a “Default Possible” Startup with Pulley’s Co-Founder, Yin Wu
rajaraman (Rajaraman Santhanam) December 2, 2021, 9:44am 2

Thanks for doing this!

Guess SaaS has turned a new cycle. So great to see Pipedrive (we had the pleasure of hosting Timo a few months ago! :)) alumni building next-gen SaaS startups. Curious to hear what are some of the operating principles from Pipedrive that you and Martin have continued to observe at Klaus?

Thanks for taking the time to share your thoughts!

This makes a ton of sense. There’s great merit to simplifying decision making during the early days across all functions, not just growth. Also found the contrast between your time at Pipedrive (an established category) and Klaus (an emerging one?) quite interesting.

For the early-stage founders reading this, I think it’ll also be helpful to hear how you’ve approached the next step of defining a sales motion, especially as sales enablement usually plays a uniquely important role in new software categories.

What we took with us from Pipedrive was that hiring is everything. It’s literally the most important thing that we as founders do. Product, growth, everything else comes second.

The other thing was company values. Not the ones that you buy in from some fancy agency when the company turns 10, but actual real-world values that help you in your daily work and choosing the right people to work with.

The values we agreed on from day one:

There are no gold medals for “best explanation”. This is a meritocracy and good things come to those that bring results and do it in a manner that would make their mom proud.

If you are here and your colleagues are here, it means you are smart people and you trust each other. Time is scarce, don’t waste it on going around asking for permission, spend it on getting the results.

Customers are the reason why we exist and everything we do must benefit them and not an abstract “plan” or process. Ask yourself if what you’re doing is what you would accept, need and love if you were the customer.

The only way to move fast and thrive is to communicate in an efficient manner. That can only happen by being rational, honest, and straightforward, but without being overly aggressive or criticizing people instead of ideas or actions.

A start-up largely operates using various hypotheses, but they need to be based on facts or educated guesses, not random ones. Politely question assumptions - you will either gain a better understanding of why we are doing something or help prevent us from heading in the wrong direction.

Thanks for the question @Krish

Having led product marketing the first step was identifying who are we selling to - starting to form the ideal customer profile (ICP) and buyer personas. The next step was brainstorming on channels where we could approach the right people. A lot of trial and error later we were able to start seeing what works and develop those approaches further. The biggest impact came from the decision to hire a Head of Sales that we spent around 9 months looking for. Toughest hire I’ve ever been a part of, but a home run in the end.