Being a SaaS founder, I often wonder if I'd be better off knowing how to code... Any other non-coding SaaS founders making it work? 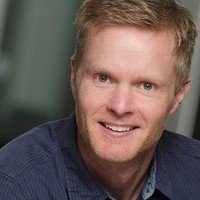 Being a SaaS founder, I often wonder if I'd be better off knowing how to code. But in reality, the devs I hired are so much better than I could ever be and have taken our app way further than I ever could. Any other non-coding SaaS founders making it work?
2 Likes
Relay (Relay ) April 16, 2021, 2:23pm 2

Founder notes on the three distinct paths available to all non-coding founders:

#1: “Invest in the knowledge necessary to hire, retain, focus, and manage great talent in the field.”
#2: What’s a Non-Programmer To Do?
#3: Why I Learnt How to Code

Let’s use software engineering as an example because it’s something so many founders and would-be founders in the startup world struggle with (just look at the thousands of questions on startup-focused forums that begin with “I want to start XYZ but am not technical . . .”). Assuming you’re like me, and this skill is currently a level one [Theoretical knowledge or less] or two [Managerial knowledge], your options to make this a strength are straightforward:

Nearly every piece of advice I’ve ever seen ignores the last one and focuses on the first two. But after Sarah Bird became CEO, I watched her go from the low end of level one to the top end of level two, and turn a fundamental weakness we’d had at the company throughout my tenure (with only occasional success stories like the early link index) into a core strength in her first eighteen months leading the company.

How did she do it? I asked Sarah to contribute so we could hear directly from the source:

“Before Moz, my only software engineering experience was a Computer Science 101 course many years before. My lack of technical depth made me feel insecure about managing engineering leaders and teams. It was pretty easy to discern when development wasn’t going well, but it often wasn’t clear why. Was it because I had the wrong CTO? The wrong engineers? Perhaps the technical problem we were trying to solve was harder than we imagined? Maybe we didn’t have enough resources? Or the right resources? Were we underinvesting in development infrastructure and tech debt? I can spin myself in circles trying to understand the why.

Here are the top things I did to become a better leader of technical people and teams:”

Ultimately, leading technical teams comes down to curiosity and courage. You must be humble, ask questions, and read a lot about engineering. If incremental changes aren’t getting better results, you need the courage to change technical leadership. Keep changing and trying new things until you start seeing positive momentum, and then get out of the team’s way.”

#2: Podia’s (previously Carbonmade’s) founder, Spencer Fry, in this decade-old post, expands on the many early-stage things that kept him busy as a non-programmer. (Source)

As the business guy, you’ve got to look at everything with a big picture mentality. Think macro, not micro. I’ve got to think about what we can do today that will bring us to where we want to be in six months, one year, two years, maybe further along. You don’t want to spend all your time thinking too far in advance (dreaming, in other words), but you definitely need to have some sort of road map.

I’ve told a lot of entrepreneurs that I think managing cash flow is one of the most important challenges. Sadly, this is something you learn over time and with experience. It’s really instinct — knowing whether $500 is better spent, for example, on marketing or development. It can’t really be taught.

Providing excellent customer service singlehandedly transformed Carbonmade from a side project into a profitable company. I can confidently say that, as pro-active customer response is the most significant “update” to our product we’ve released to date. When Carbonmade began, we were still a full-time consulting company, and we didn’t have time to respond to our customers. As the company began to grow, I stepped in and made it my initiative to handle all incoming e-mails right away and add a human touch.

Probably because we are a self-funded company that’s never taken financing, we get a lot of investors reaching out to us. While we’re not opposed to taking financing at some point, we’re in the unique position of not needing it right away, if ever. And that’s really attractive to outside investors!

Working with lawyers is not an inborn talent. If you don’t know what your needs are in advance, you can spend a lot of money needlessly. If you don’t do your preparation and carefully outline everything you think you need before going into a meeting, you’ll lose time, which is in turn billable hours.

#3: Butter’s co-founder and CTO, Adam Wan, reckons with the curtailed circumference of possibilities one can find oneself in, without the right technical skills and reflects on why he eventually decided to go all in. (Source)

Not Knowing What You Don’t Know

Talking and connecting to other software engineers, I realized how deeply complex, complicated, and challenging was the thing I was trying to build. I was way over my head.

With their guidance and advice, I started to map out ways on how to tackle this issue. I was mostly trying to figure out the architecture for how the app would run. However, the gap between understanding basic things like “frontend” and “backend”, and actually planning out a product launch is huge.

I was still unable to estimate deadlines and resource allocation accurately. I was unable to innovate properly, as my ideas were not informed by any technical foundation, but from just pure imagination.

I Couldn’t Find a Technical Co-founder

Firstly, a co-founder should be someone that you’ve built a connection with and trust. Unfortunately for me, the tech and startup industry was very distant from my social circle. I didn’t know many software engineers, and those that I did know were acquaintances at best. I didn’t have a Wozniak that I could trust and hole up in a garage with.

Secondly, due to my inexperience and naivety, I was not a very attractive candidate as someone else’s co-founder. Co-founders are business partners, when you go into a startup, it’s like entering into a relationship. At the time, I didn’t have the entrepreneurial or startup credentials or experience yet.

Throughout the whole process of talking to several engineers, many declined equity and instead offered to build my app for a certain fee. This was my introduction to the high price of building software.

The investment that I had received would only get me to a version 1 of an MVP - this was a very risky transaction and went against the advice I was receiving about building startups. The advice being, you should position your startup to be able to develop and reiterate your product as many times as possible based on user feedback. It meant that I needed the flexibility to build ten different MVP iterations, not one.

I spoke to other founders in the scene who have burned through investor money by hiring contractors. I also spoke to founders that have built MVPs with cheap “nightmare contractors.” There didn’t seem like a middle ground, cheaper contractors have a high risk of failure, and competent engineers know their worth (and are already rewarded by the market, so they don’t need you).

What coding has done for me

Almost five years later, learning to code has opened up for even more opportunities than I had anticipated. I was able to build my initial startup idea as originally intended. After my first startup failed (in Q3 2016), I started doing software consulting on the side. Over the next three years, I was also able to work with many exciting projects along the way.

The reason I love startups is that I loved building out ideas and concepts. To me, programming was an art of problem-solving that required critical thinking skills and creativity. Software became a method of expression, a canvas for me to scratch that “wouldn’t it be cool if” itch. It empowers me as a maker and a builder to be independent. If you’re a non-technical founder and you resonate with my story, perhaps it doesn’t hurt to give yourself a few weeks to learn how to code. It may just change your life.