How do I invest in brand for my early-stage SaaS?...How to do that without being a "personal brand"? i.e. I'm trying to build a "we", not an "I" 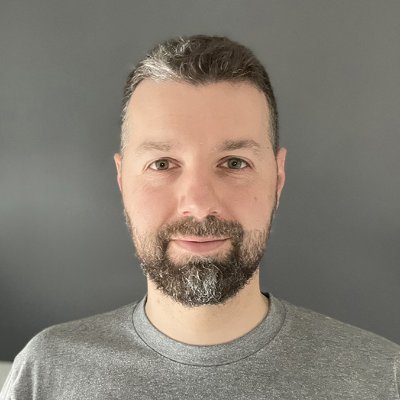 So the question I'm working on today: How do I invest in brand for my early-stage SaaS? How can we create & ship meaningful projects that reach and help more of our people? How to do that without being a "personal brand"? i.e. I'm trying to build a "we", not an "I"... 🤔

I always found this marketing dilemma for a new product frustrating: Reaching your ideal customer via online communities... A quick
2 Likes
Relay (Relay ) May 21, 2021, 11:00am 2

Founder notes on the ever-perplexing, somewhat divisive subject of investing in an early-stage SaaS brand:

This is such a multi-pronged subject. To begin with, there’s the traditional (Mad-Men-esque) brand builder’s stack to consider. Then there’s the critical distinction between an audience and a market. And, especially relevant to the current moment, is the (often misunderstood, sometimes inflated) idea of a ‘personal brand.’

#1: “How to differentiate? Your best bet: brand.”
#2: “The market is the most important thing.”
#3: “To me enterprise means making money. Brand doesn’t, necessarily.”

#1: Wynter’s founder and CEO, Peep Laja, weaves an astutely-observed, compelling thread on the urgency of differentiation in an increasingly ‘same’ SaaS world and reiterates how carving a meaningful brand remains a startup’s best bet. (Source)

Sameness is the combined effect of companies being too similar in their offers, poorly differentiated in their branding, and indistinct in their communication.

Most state their value proposition as if they were the only company doing what they’re doing.

Any mature industry suffers from commoditization

Take for instance A/B testing tools, heat map tools or email marketing tools. They all got pretty much the same features, with minor differences. It’s increasingly harder to say how one tool is different or better than others.

Differentiation doesn’t matter when you have a well-known brand. Market penetration is much more important.

The fact that people know Mailchimp exists is everything.

Your best bet: brand. Investing in building a brand from the get-go.

Functional differences are increasingly getting replaced by values, ideals, and identity.

Who am I if I buy your brand? What does it say about me?

I buy Patagonia because I believe in sustainability, and I care about the earth. When I buy Nike, among other things I champion women’s equality and oppose police brutality.

Your brand is your best defense against commoditization

Functional/attribute differences can matter, and innovation goes a long way, although that’s not a game everyone can play. But anyone can compete on brand.

Things have finite value. The meaning we attach to stuff, the stories we tell ourselves about it have exponential value.

How to be different through branding?

In her excellent book Different, Harvard professor Youngme Moon details three types of brands that stand out in the competitive landscape today.

In his book Bigger Than This, Fabian Geyrhalter discusses eight “brand traits” of successful commodity brands.

Marketing is a game of attention. If you do what everyone else is doing, it’s hard to get it.

Differentiation is hard, and requires all-in commitment. Do it anyway…

#2: Transistor.fm’s co-founder, Justin Jackson, talks through a recent realization on how easy it is to conflate an audience with a market (‘a group of people that buys X’); how one could do with/without the former, not the latter. (Source)

I think now if you’re starting a business, the market is the most important thing. And when I say market, I don’t mean just an identifiable group of people. I’m talking about a group of people that buys X. So the diamond market last year was 4.5 billion or something like that.

That’s where you can see people, preferably buying something. Just people in motion, doing something. And everything kind of hinges on that. Which market you’re in.

As an example, Taylor Otwell is the founder of Laravel, which is the most popular PHP programming framework in the world.

He has a huge audience if you look at his audience on Twitter, he’s got, I don’t know, hundreds of thousands of followers. He has 82,000 followers on Twitter.

He has millions of people using Laravel. But all of that is in the context of a bigger market. It’s hard to count the number of programmers in the world.

But let’s just say as a reasonable estimate there’s five million PHP programmers in the world.

And so 5 million PHP programmers in the world. Let’s just take one element of that market. Not including all the tools they buy, not including everything else that you need to be a programmer.

Let’s just think about salary. And these are just guesses. Let’s say on average, an average PHP programmer in the world makes $25K a year. Well, 25K times 5 million is a $125 billion, I think.

That’s a 125 billion being spent on salaries for PHP developers alone. That’s a massive market. It’s not just a big group of people. It’s also a big group where there’s some sort of economic activity being generated.

I think it’s why products in the Laravel community often have a magnified impact compared to other things. So I have a course called Marketing for Developers that did pretty good.

But that’s like, if you take all of the developers in the world and ask how many of them want to learn marketing, it’s a much smaller slice, right?

How many PHP developers want to make their jobs better? Well, that’s probably 5 million. And so, you can compare results and see how everything hinges on the market.

How big your audience can be within that market, and then all the multiples of all kind depend on that. How much money is being spent on that market already, how much of that can you carve off for yourself.

Taylor, presumably, has only carved off a little bit of the PHP market. There are still other frameworks. There are still programmers that don’t know about or use Laravel… Even then, Taylor Otwell as a solo-person has sold $10 million worth of software to PHP developers. That’s insane.
…

Then you have to actually execute on some things and you know make some sort of connection. I don’t think you have to necessarily build an audience. But you get a lot of leverage from who you know and who knows you.

Who knows you is the audience effect. That could be very helpful. But there are people who have built businesses without doing that…I think it’s just one of the levers you can use.

#3: Fathom Analytics’s co-founder, Paul Jarvis, who is among the rare few who’ve had the vantage to ponder over the tricky intersection between a personal brand and an enterprise brand, shares his earnest reflections. (Source)

I did that for a long time. I worked for myself, for 21-22 years. Then I was like, oh, these folks are all great examples of those who’re doing really well and they have a personal brand. So I’m like, maybe I’ll try that.

And I started to write. And my writing took off a little bit. And I wrote a bunch of books, a newsletter. I think it was for about 8 years that I wrote Sunday dispatches. But then I started to realise, and I’m not smart enough to know I like something, until I do it for a while.

I just wasn’t interested in it. I don’t think it’s bad. I think some people do it really, really well. For some people, what their personality type is, it suits them really well. To have a podium with which to speak to masses. That’s not me…So when the opportunity arose, I was like, ‘oh, Fathom is doing well on its own, I don’t need to do this anymore.’

I think part of what was useful for me was the fact that my audience wasn’t tied to a single idea. So my first book was a vegan cookbook, just nut jokes, the whole 80 pages of it. And then the second book was about building an online business. And the third book was about creativity.

I think to me enterprise means making money. Brand doesn’t, necessarily. There’s tonnes of broke YouTubers who have huge audiences. One doesn’t always translate into the other. I think it’s important to know.